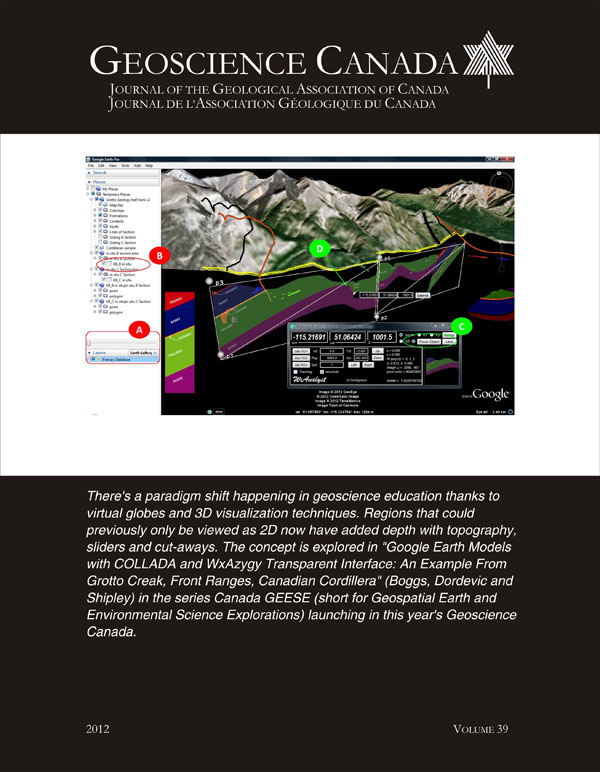 The very high spatial resolution and stereo capability of GeoEye-1 images were utilized to map the geology of a part of the western Neoproterozoic Minto Inlier on Victoria Island. To optimize the results of predictive mapping, a LANDSAT-7 image together with a SPOT-5 image were also used in concert with the GeoEye-1 images. The predictive bedrock geology map, interpreted based on 3D stereo visualization, presents much more detailed geological information compared to the existing 1:500,000 scale geological map of the area. The high spatial and moderate spectral resolution of GeoEye images allowed us to distinguish a black shale unit (black shale member), and resolve subtle spectral and textural differences between massive stromatolitic dolostone and dolostone containing fine-grained interlayers in an upper carbonate member. As well, an important distinction could be made between Proterozoic sedimentary strata and unconformably overlying interlayered sandstone and carbonate rocks of Cambro-Ordovician age. The SWIR bands in the LANDSAT and SPOT images proved to be very useful in identifying gabbro sills. A geological map, based on field work, was used to evaluate the remote predictive map. Comparison of the predictive map with the field map shows that the two maps look similar in terms of the regional distribution of the lithological units; however, there are discrepancies between the two maps, especially in areas in which the bedrock is covered by glacial sediments and/or other overburden materials. The spectral similarity between different stratigraphic units comprising similar rock types, also contributed to differences between the predictive map and the field map.
HTML PDF